New Enterprise Stone & Lime Co., Inc., (New Enterprise) is a fifth-generation, family-owned company that has been helping to build a stronger infrastructure system across Pennsylvania for more than 90 years.

Launched as a commitment between J. S. Detwiler and his son, Paul I. Detwiler, the company has continued to grow over the years, primarily through strategic acquisitions of several other quarries in addition to blacktop and ready mix concrete plants.

In the succeeding years, J. S. included his other sons, Emmert, Dale, and Galen, in the company’s operations. After New Enterprise incorporated in 1950, the four brothers expanded and diversified, adding precast/prestressed concrete and concrete pipe plants, and more quarries.

The original father/son commitment is still alive and well today at New Enterprise.

That commitment comes from company personnel as well, since many of them are multi-generational employees, having been employed for 30 and even 40 years.

The Pennsylvania Department of Community and Economic Development recognized New Enterprise as a company dedicated to the welfare of its workforce when it named New Enterprise one of the top 100 Best Places to Work in Pennsylvania for businesses with 250-plus employees. One reason the company was named a Best Place to Work is because of the dedication and solid work ethic of the company’s approximately 2,500 employees.

In addition to a loyal workforce, the company has remained true to its core competencies, which include: construction materials (crushed stone and sand and gravel, hot mix asphalt and ready mixed concrete); heavy/highway construction (heavy construction, blacktop paving and other site preparation services); and traffic safety services and equipment.

Headquartered in Bedford County in Southcentral Pennsylvania, New Enterprise is ideally located to serve its customers. With over 40,000 miles of federal highways and another 80,000-plus miles of state and local roads in the Commonwealth, New Enterprise is able to swiftly transport product.

New Enterprise has been involved in a number of key construction projects across the Commonwealth over the years.

The company provided the concrete support risers that the seats attach to for several sports stadiums, including Beaver Stadium in State College, PNC Park in Pittsburgh, Lincoln Financial Field in Philadelphia and Peoples Natural Gas Field, home of the Altoona Curve, the Double AA baseball team of the Pittsburgh Pirates.

Many of New Enterprise’s projects have won prestigious awards, such as the PQI (Pennsylvania Quality Initiative), Erosion Control, and Asphalt Pavement Quality recognitions. Several of the company’s plants and quarries – where the majority of their construction materials originate – have received numerous safety awards for outstanding safety records.

Other recognizable company contributions to Pennsylvania’s infrastructure and highway system include the first bridge constructed, and still in use, in Bedford County in 1929, construction of the Pennsylvania Turnpike over its entire 75 year life and the I-99 highway corridor that connects Pennsylvania directionally north and south to the east-west corridor via the PA Turnpike.

Construction of the I-99 corridor has been an economic boom for rural counties located in Central PA since the new highway has made those areas an attractive business destination for companies whose customers are located in markets to the north and south of the Commonwealth.

From one quarry to a myriad of production facilities, quarries, and contracting services, New Enterprise continues to strive to be a leader as a building materials supplier and highway contractor.

As it looks to the future, New Enterprise is poised to continue to grow via strategic acquisitions that not only strengthens the company, but continues to grow Pennsylvania’s infrastructure, which is a key component to the ongoing economic success of the Commonwealth. New Enterprise is proud to help build America from “The Ground Up”. 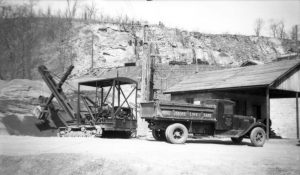 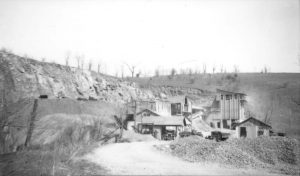 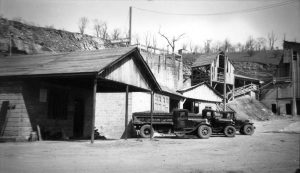 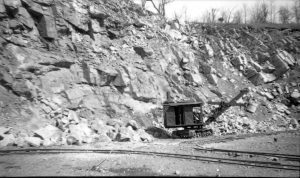 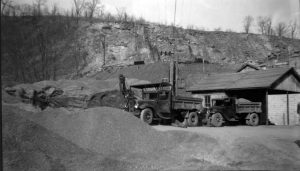 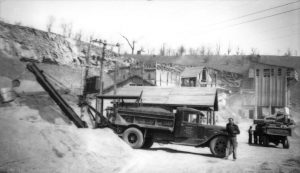